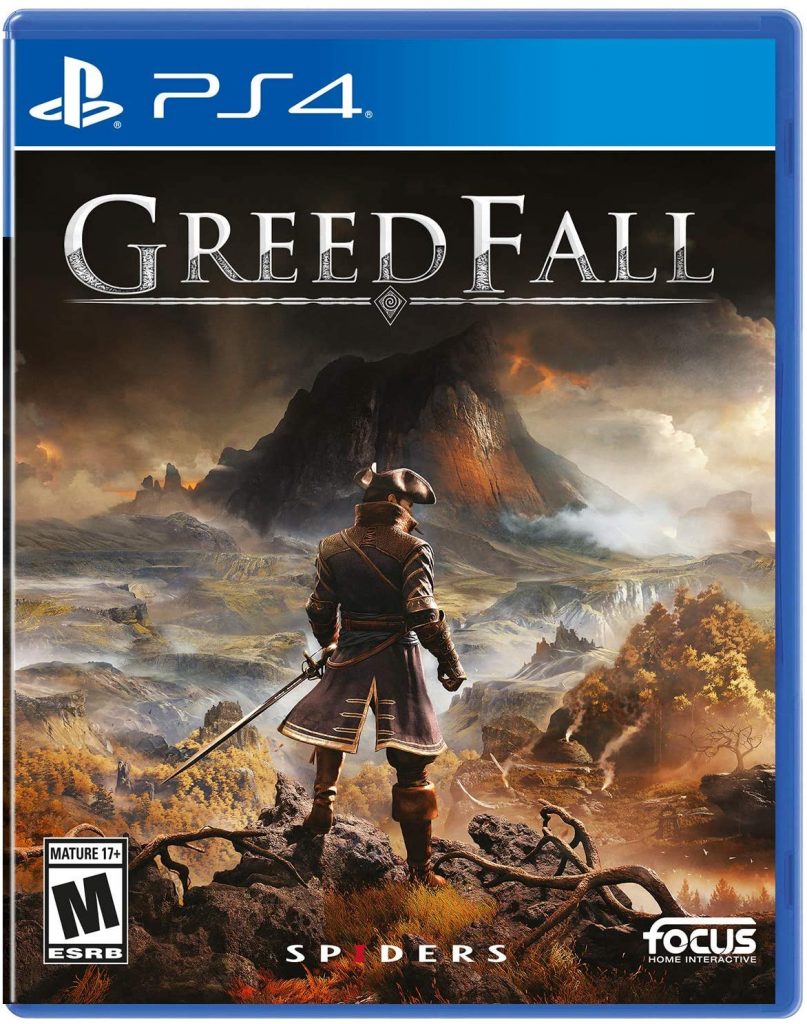 I hadn’t really been kindled by the central conceits of GreedFall – I think it came out while I was deep in Days Gone or Red Dead Redemption 2 Online at the time and by those standards it looked low budget and a bit too much like 3rd person Europa Universalis or something – yeah nah said I and I let it through to the keeper – there are just some periods in one’s life when a game comes out and you genuinely don’t feel like you have to play it – it’s a sweet relief.

Now GreedFall just came out as the PS Plus game for January 2021 and I’d just finished CyberPunk 2077 and Assassins Creed Valhalla and I thinking I was done with open worlds, but I thought “oh what the hey it’s free and small so lets just have a quick look at it”.

52 hours later I watched the credits roll, had a quick look at the remaining trophies to see if I had it in me to dive back in and sweep them up, decided that I didn’t so uninstalled the game and felt like I’d had a thoroughly good time.

You play GreedFall as a gently customisable male or female diplomat born into enough privilege to allow you to run around yelling “Do you know who I am?” to get you into most places. Later in the game you can put the right coat on to get into everywhere else.

GreedFall has some serious issues in some very sensitive places, but it’s also a pretty decent game. There are plenty of moments of huge cultural cringe and thinking “have they really just slapped black-face on that white guy and given him a silly accent to signify he’s a ‘native?'” Oddly the answer is yes but only because of poorly-timed random-ish character generation.

It seems the “natives” are built from a random assembly of character model types which encompasses many races and many variations of face-paint – I must have just been unlucky but I can’t have been the only one. 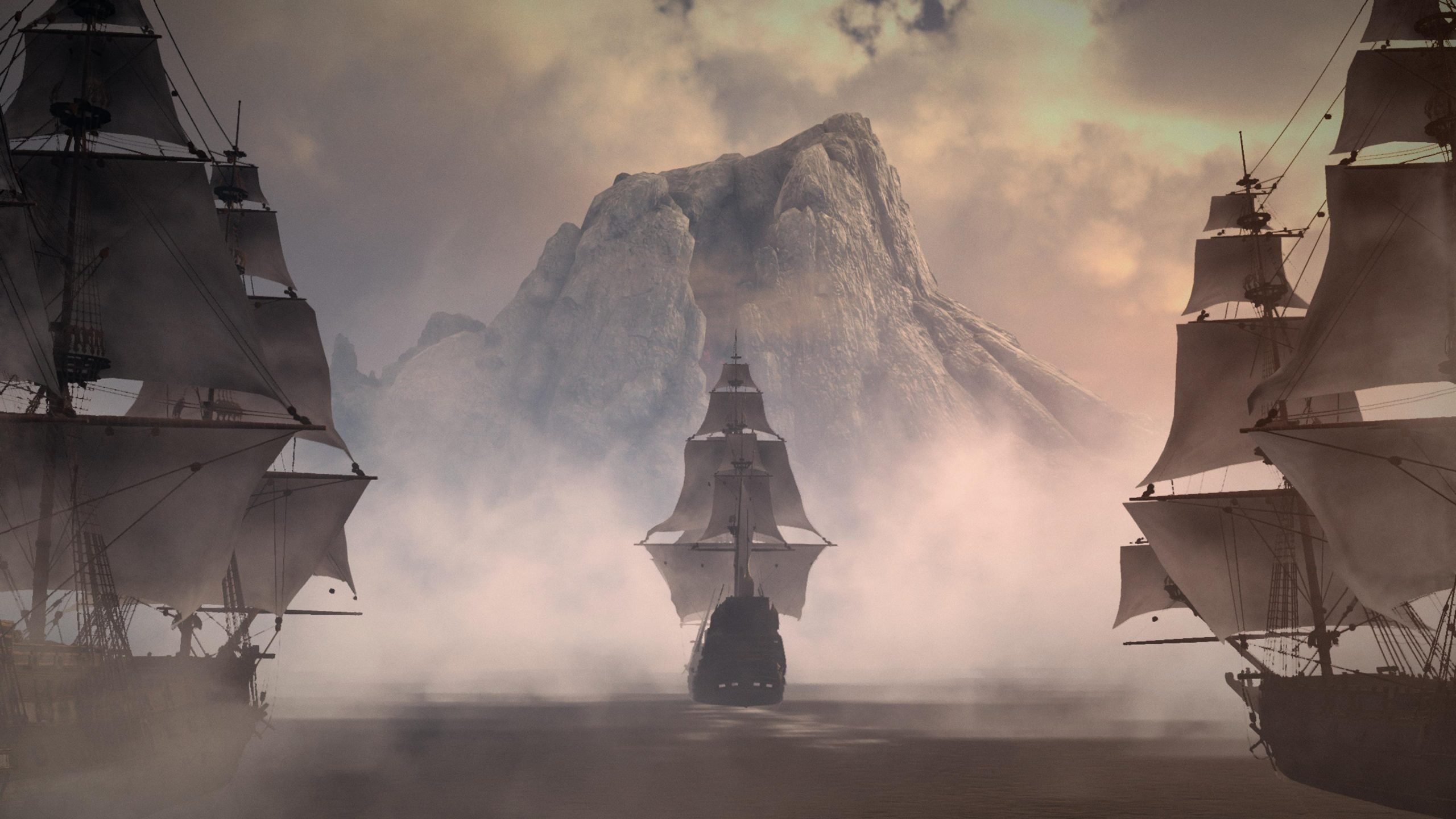 It’s a petty thing to complain about but once you’ve exhausted the starting area and via a nice late title card arrived at the Island of Teer Fradee (which interestingly is spelled many and various ways throughout the story) the player is greeted to the new town/city with an effective soaring orchestral score evoking the majesty of the moment, the grandeur of colonial advancement and so on but the score continues long enough that it was still going strong as I looted and pilfered my way through the contents of every box, crate and barrel on offer. It’s a strange feeling to steal to such an ornate musical backdrop.

I continued to find the Native portrayals (and betrayals) a bit unsavory – not least the utterly bizarre accents they are given which are somewhere in between Irish, Scandinavian and maybe Nigerian as Dory might speak whale – all mooshed up into what you might expect if you told a kid to put on a silly accent. I never got used to it.

So why did I keep playing?

The rest of the voice work is first class – at least it was playing as Femme De-Sarde and there are some video game big hitters amongst the cast.

I found the story to be genuinely engaging and I found some of the diplomatic paths through seemingly intractable situations to be genuinely insightful – I felt like a diplomat and was pleased with my own solutions. 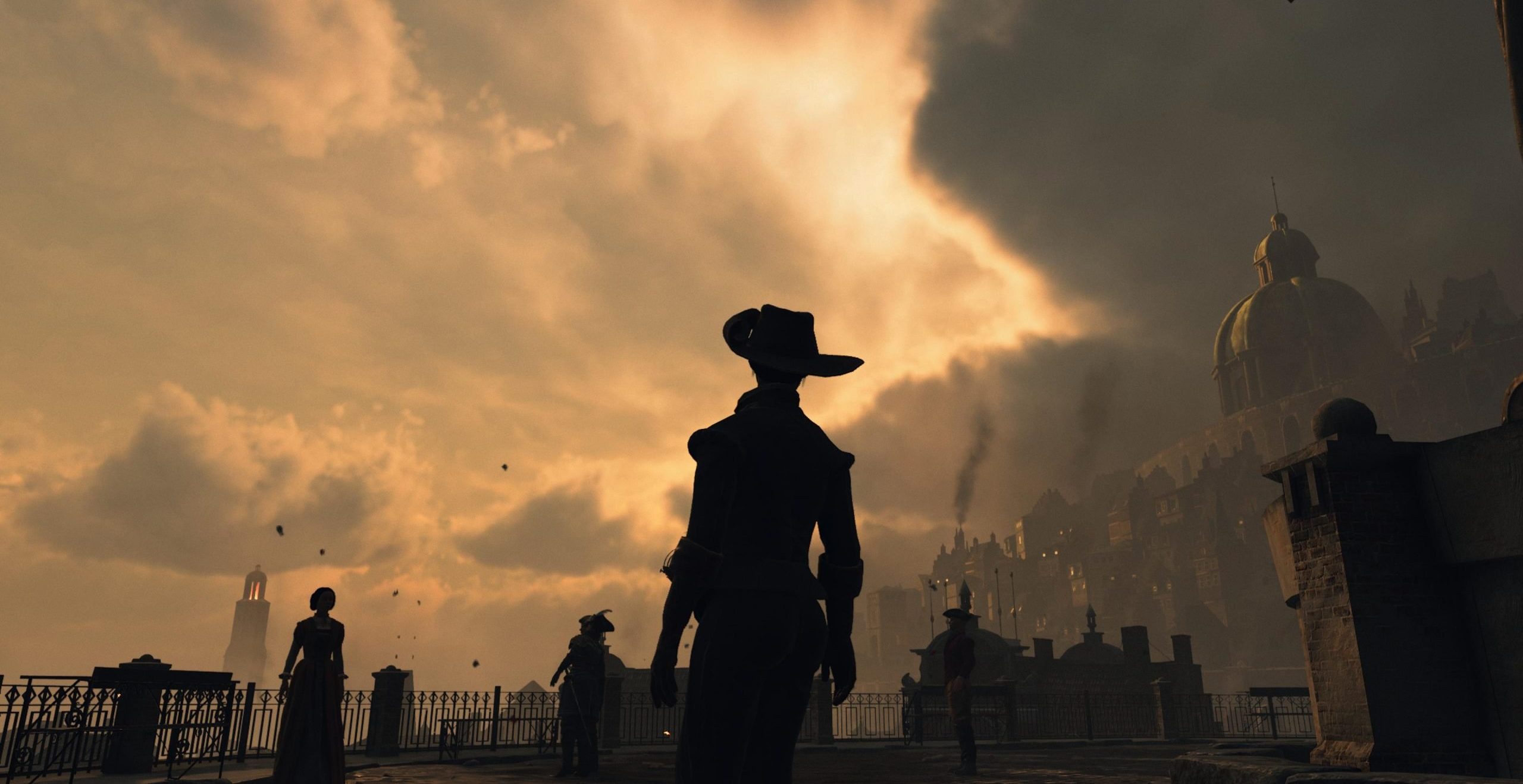 The character and NPC relationships grow and develop at what feels like a natural pace, and given the wrong conversation or action options, can wither just as naturally.

The game loop was pleasing enough – it would have been intolerable without the nice fast running speed although it might have been easier if it didn’t require both hands on the controller to run – small gripes – and perhaps the loading speed of the PS5 helped enormously with the fast travel between areas – but even this started to drag a little towards the closing stanzas of the game as all the areas had been cleared out and all I needed to do was run from area to area speaking to people. This may have been a negative outcome of my typical explore everywhere, kill everything, plunder all as soon as a new area opens up preferred way of playing these games but hey I’m sure I’m not an outlier in this regard. 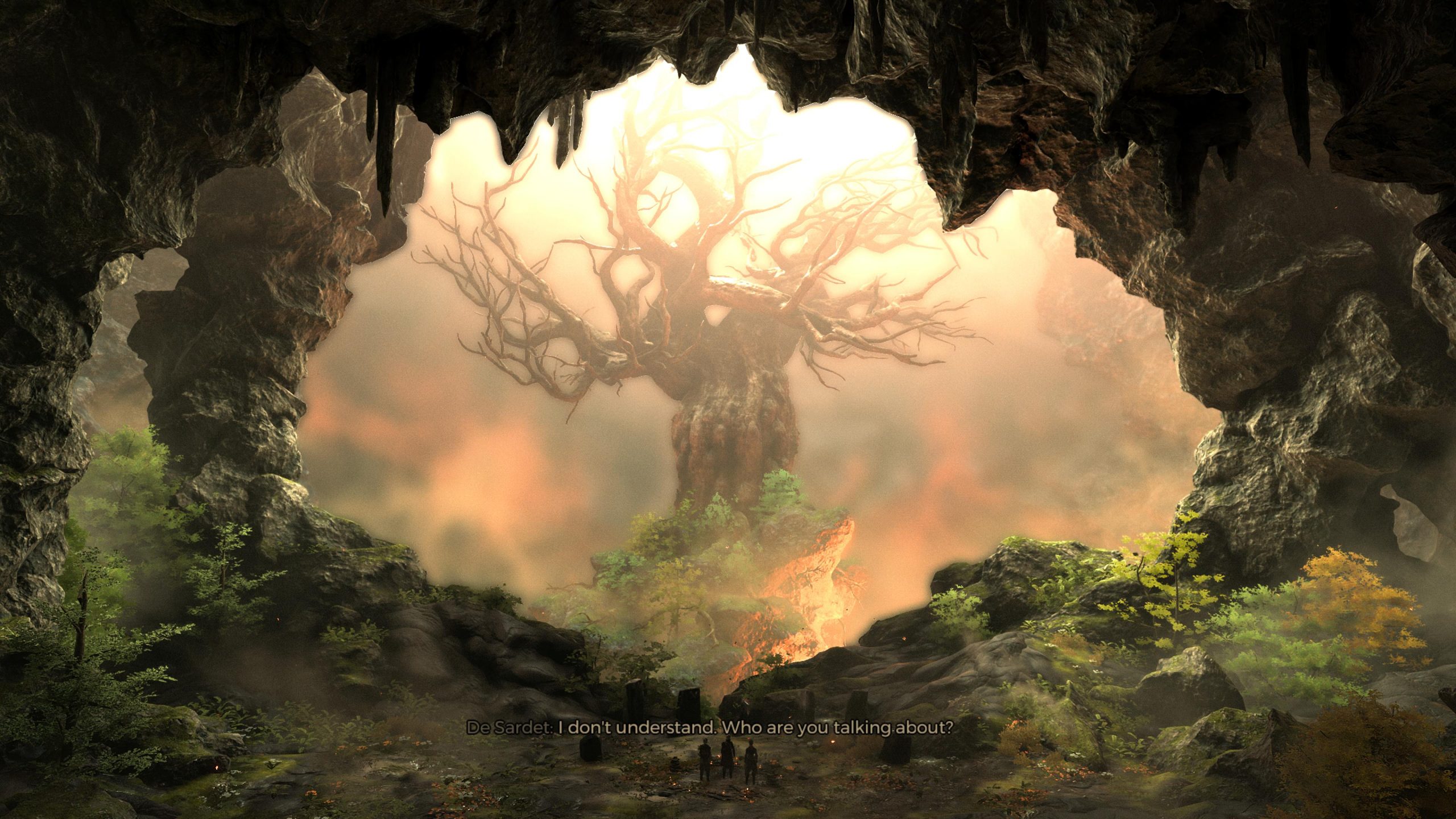 Game length must be a hard thing to get right. Having put over 100 hours into a couple of REALLY LONG games recently – Assassin’s Creed Valhalla & CyberPunk 2077 – I was aware that when you stretch a game out this far it can be really hard to maintain focus on the central or original plot. If you fill an adventure with too many side quests, a player can get lost in those thickets. Sometimes this is a good thing but like most things that exceed moderation, it can often end in horrific bloat.

I understand that most games are put together not really expecting most players to complete absolutely everything – hey I like a platinum trophy as much as the next guy but there are limits to my patience as well as my play time and while I am happy to explore exhaustively most of the time the first time round, I will notice if the game is just starting to take liberties with my attention and/or my time.