Get the Hell Out 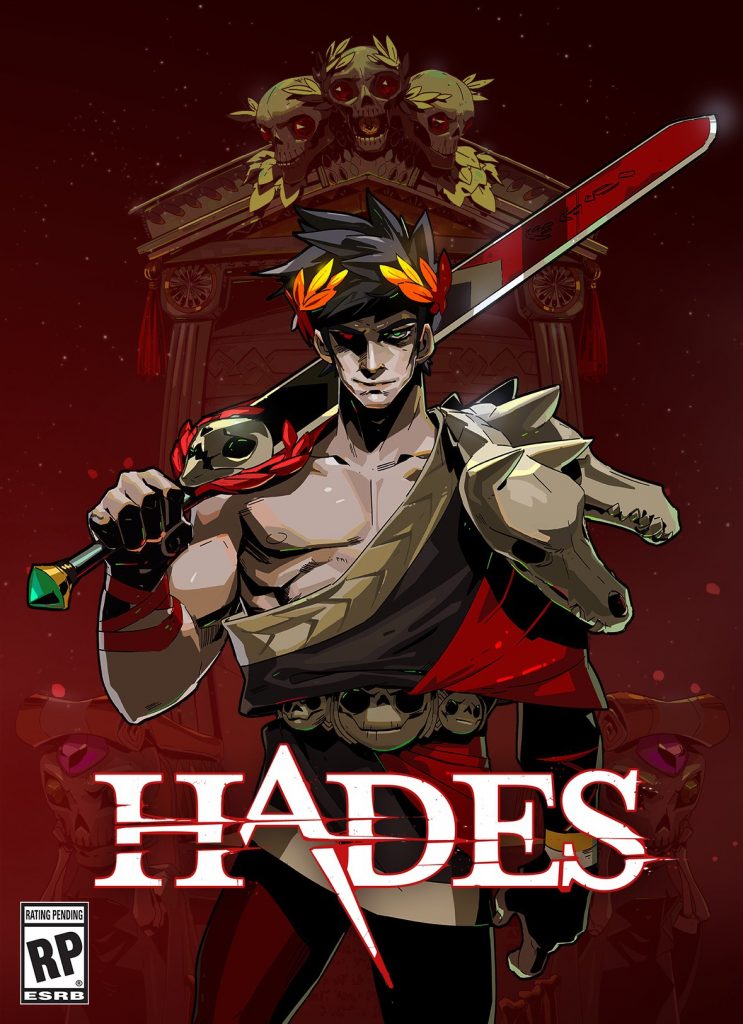 I was initially skeptical about Hades. Sure I’d played and loved Bastion, sure I own both Transistor and Pyre but never really got round to loading them up. But folks started going nuts about Hades and Epic had a deal where if you picked up Rocket League for free they’d give you an AU$15 voucher to use anywhere in the store so I forked out the remaining 20 beans to have a look at what all the fuss was about.

The Hades fuss mentioned how the game was like the culmination of all Supergiant’s preceding offerings, it fussed about how Hades was a perfect example of how to do an “Early-Access” release – I had good memories of how it all went with Introversion’s “Prison Architect” and their genuinely amusing little monthly videos, but whatever, amaze me.

As a rule I’m not wild about Rogue-Likes or Rogue-Lites – as mentioned elsewhere I have issues with games you can’t really finish – but I was happy to drop $20 on a ticket to the Hades party seeing as how everyone else was having such a merry old time.

First off I have to say the voice acting and script is strange but grew on me very fast. The conversations between characters are light in tone & delivery but sort of heavy in portent and presentation and it works surprisingly well.

The individual characters in this game are well drawn – I don’t just mean their static portraits that present like wild psychadelic Tulouse-Lautrec which are filled with such detail that you tend to notice new elements each time you meet them – but they are also very nicely defined both in themselves and against each other.

The game world is also bright and colourful and similarly drawn in such a way as to allow the hasty eye to quickly scan but also to allow the more careful eye to see little bits of enjoyable new detail on each run.

So about 6 or 7 hours in I noticed that Hades was playing subtle tricks on me.

In most games like this, heck in most games, dying is a failure to be regretted and that the game will most likely punish you for. In Hades I’d come to realise that I was totally OK with it, recognising it as an important even vital part of the process of moving on in the game, and that the game was recognising and allowing and catering to this in a way that felt very very new.

The learning curve, player skill progression, character, skill and equipment development and most importantly the main plot are all perfectly tuned to cater to the central game loop.

The game loop in Hades is not new – set off through a succession of randomly generated rooms crushing a variety of foes, gathering boons, buffs and modifiers before facing off against a level boss and moving on – or dying and going back to the start – where folks will talk to you about what just happened.

It’s this dialogue that really dictates and helps keep up the pace in this game. If it were longer – or delivered in more sizeable chunks – it would slow everything down, any less and it would probably just keep getting skipped as inconsequential.

So it seems we now have all the weapons – the clear favourites thus far are the trident which has crazy speed and range, and the shield which is just a fun sort of Hulk Smash good time. They have a couple of Blood Heart upgrades and I’m now getting to the Minator at the end of Elysium on the regular. I even had the good fortune to get mashed by him on the little live stream I did this morning.

I seem to have hit another wall at what I can only assume is the final boss in it’s final form. But again to the eternal credit of this game, the defeats don’t feel like wasted time – I’m not cursing or throwing my controller around – rather I’m usually keen to get back to The House Of Hades to cash in any newly acquired currency and upgrade the load-out or pimp the crib a bit more or get my flirt on and advance the various relationships.

Starting again never really feels like a grind – the runs seem manageable enough in length and the save system is nimble enough if I have to duck out at short notice. There’s enough encouragement to try out the various weapons, to upgrade them and hone your skills with each one that I’ve never felt the sort of oppressive repetition that makes folks bounce from games like this.

I should also point out that I’m still not really making overly strategic builds at this point. I’m choosing rooms and buffs mostly based on which looks coolest or does the most damage or increases stats by the highest amount. I shan’t deny that some runs seem to present themselves in such a way that one particular perk stands out as demanding development but mostly its haphazard – and again this feels just fine.