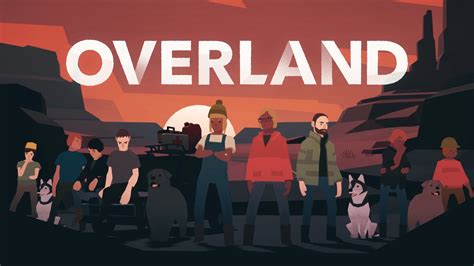 Provisionally feels like it has the movement and turn-based strategy elements XCOM or Hitman Go, on the game tiles of BlockHood, with some visual and tonal elements of Kentucky Route Zero, with thematic feel of Death Road to Canada.

Discovered that if you dump someone and move on, they can re-appear and not be in a great mood. I then watched our old chum get killed, revived him, heard him say “maybe I was wrong about you” before venting his impotent rage on my vehicle. I hadn’t even tried to siphon his truck – yet.

In our first real flirtations with them “teleportation sparks” we found to our peril that if you try to zap a 2nd person through the same sparks, the laws of Overland physics dictate that no two bodies may occupy the same spot and rather than favour one over the other, they’ll both completely disintegrate.

Also don’t stand on emerging creature piles – its not like Into The Breach where you “block” – you just die.

Found out that you could find yourself standing on a spot that’s about to catch fire and you won’t know it until your character arrives and says “Oh no this is going to blow up/catch fire” – of course without UnDo’s. Also we learned that folks who explode or die in an inferno can’t be revived, even if you spend many turns edging forward cautiously with fire extinguisher.

It occurs to me playing last night that rather than risk having a discarded team member – or even someone you befriend for the fuel in their hand – turn up later in the game with hot vengeance coursing through their veins, the game takes it easier on you if you just run the poor souls into the arms of our new alien overlords – a dead fellow is less likely to chase you down.There goes my “nobody dies” trophy…

Pipe-organ spine monsters in The Mountains 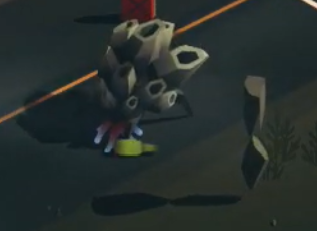 make heaps of gross little monster-babies when you bash them. Maybe next time I’ll try burning…

I also find myself wondering about things like should I be stopping off all over the place or basically charging straight for the barricade as fast as possible? How far could one get on foot? How on earth do folks manage pacifist runs?