The Big MashMash List of Favourite Video Games of 2018

This is a list of games I found notable for reasons various. Mostly these are games I either spent significant time playing or played enough to get a sense of how great it was and long enough to impart a great sense of wanting to play it more – so much more.

This list is not a cool unique list of quirky indie games that i’m so avante no one has ever heard of – it’s just a list of video games that either enjoyed or spent a lot of time playing in 2018. Its actually worth observing that there seemed to be a significant number of pretty big games in 2018, and good big games at that.

I’m being a bit brutal and discounting games that I got some of the way through but didn’t actually finish until a nice quiet spell in January – yes Night In The Woods I’m looking at you – but I am including games that I “completed” but might still be noodling around in for whatever reason.

Hitman 2 is the big game in this list of which I’ve probably played the fewest hours, but I played so much Hitman 2016 and while it may sound like damning with faint praise to describe this as more of the same, that sameness is still of an exceptionally high level.

Hitman 2’s graphics are already starting to look a bit Last Generation and the Ken Burns style dialogue scenes occasionally made me wonder if I was back in a Yakuza game, but the core idea of the re-playable clockwork arena is just so good and surprising and so deep and let’s face it so FUNNY I just know it will be a game I’ll be enjoying over and over again.

I like how what appeals about the Hitman game world is the small tight stages where everything is knowable and predictable and you can choose where to start your interruptions, and with Red Dead Redemption 2 the appeal is the huge unknowable unpredictable unique quality of it’s world. Hitman 2 is about as non-linear as it’s possible to be. 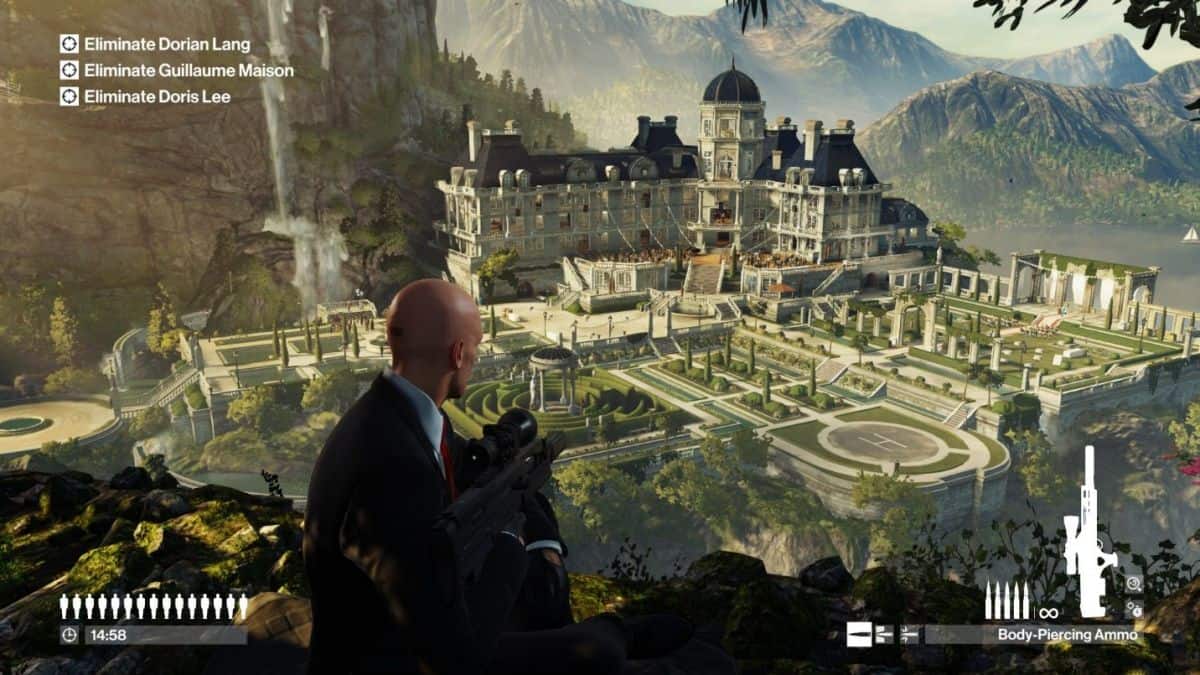 It can be surprising how much clear definition of character is crammed into the often brief appearances.

I think it speaks volumes for Donut County that it can be played and enjoyed equally by a five year old and a forty-mumblemumblemumble year old. I actually found it delightful. 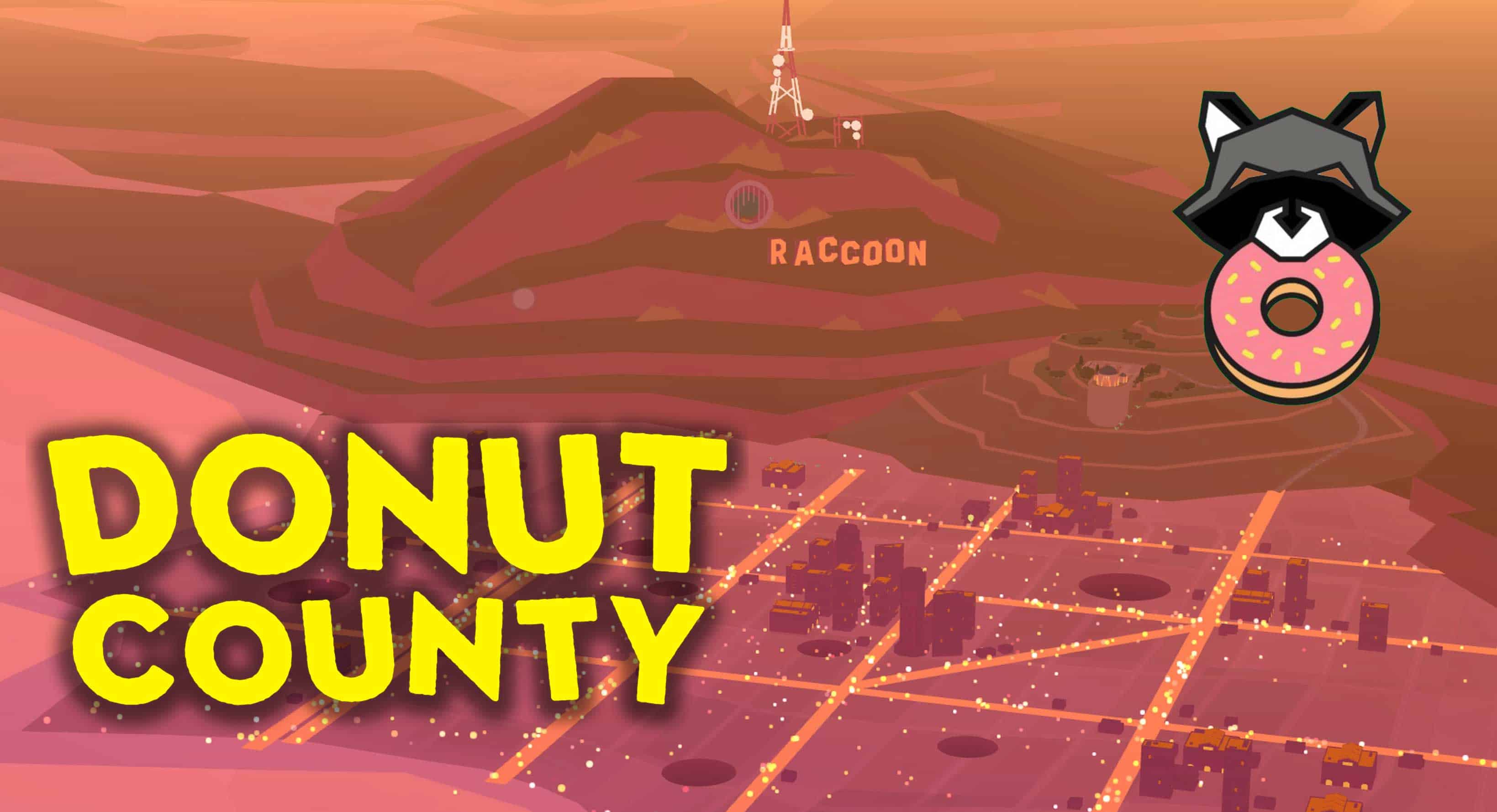 Just looking at this silly image makes me smile and reminds me of the sweet sweet music – another rotation on the Spotify playlist sir?

I had watched a lot of Baer Taffy and others playing this game in beta before it came out. It was a fair wait for it to come out on PS4 – and of course it came out while I was deep into other stuff but its absolutely the perfect “drop-in and punch out a run” kind of game – it’s super bright, wonderfully responsive and yes some of the shrug stuff comes off as a bit cheesy but it’s such a small part of the game it would be nuts to mark it down for a bit of “personality”.

There is enough variety in each run that it never feels repetitive and that’s no easy trick.

I did sometimes feel like it took me longer than I had to reacquaint myself with the control scheme – and this game can be unforgiving if you’re slack – but then my thumbs are old and can take a while to warm up to slow. 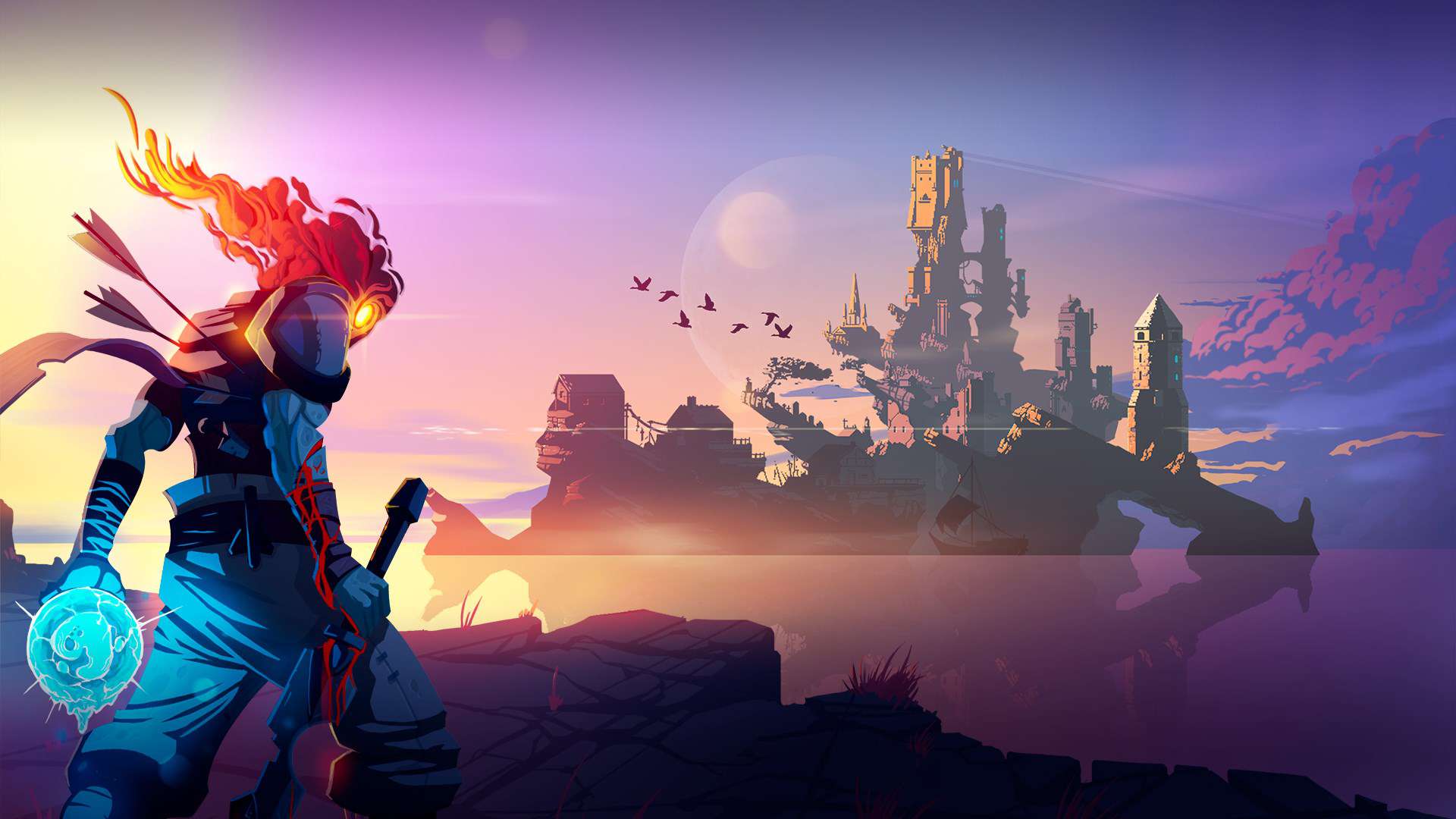 Being dead never looked so bright and colourful

The Awesome Adventures of Captain Spirit

I very much enjoyed the first Life is Strange series and the soundtrack playlist is still on the Spotify rotation – I haven’t played Before the Storm yet – but this little stand-alone free “introduction” to Season 2 quickly won my heart.

Yes I’m a sucker for a bit of Sufjan and yes the awkward/abusive father son relationship was still a tender spot from God of War but those components alone wouldn’t have swayed me.

The writing did a great job of conjuring a real boy in a very imaginary world. 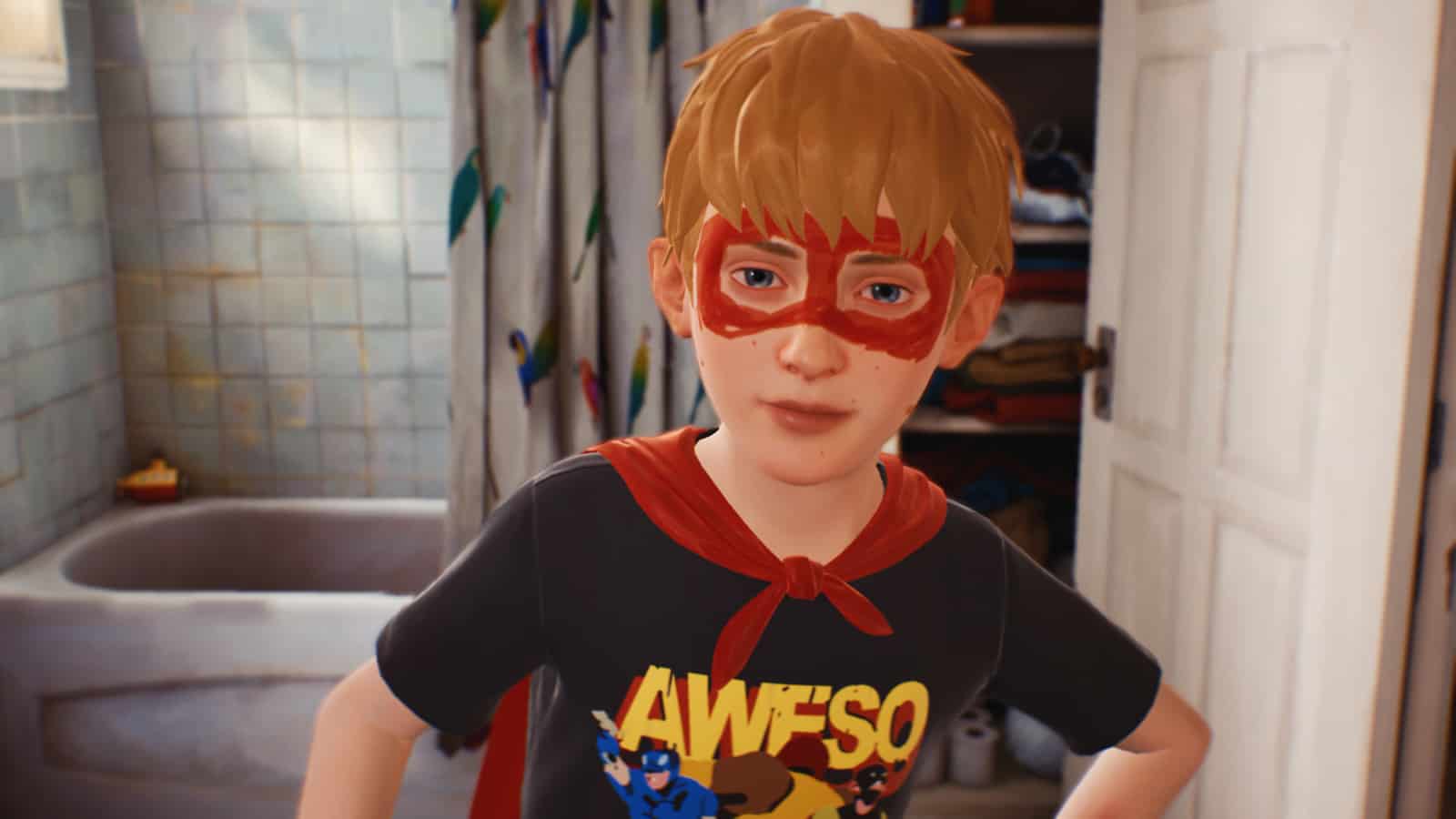 Moonlighter is a curious little gem where you loot little dungeons for junk to sell in your little shop in town to make money to buy bigger weapons & gear to explore bigger dungeons – it all works nicely and has the most lovely inventory management mini-game.

There are a couple of people in the town who I don’t really see the point of, and to thieves try to rob your shop 5 or 6 times in a 5 minute operating hours game day seemed a bit extreme, even with an assistant and the lower the chance of thieves perk, but hurry-up system in dungeons and the secret lower floors bits are great.

Also I somehow never got tired of the almost always-on music – which in itself is no small achievement. 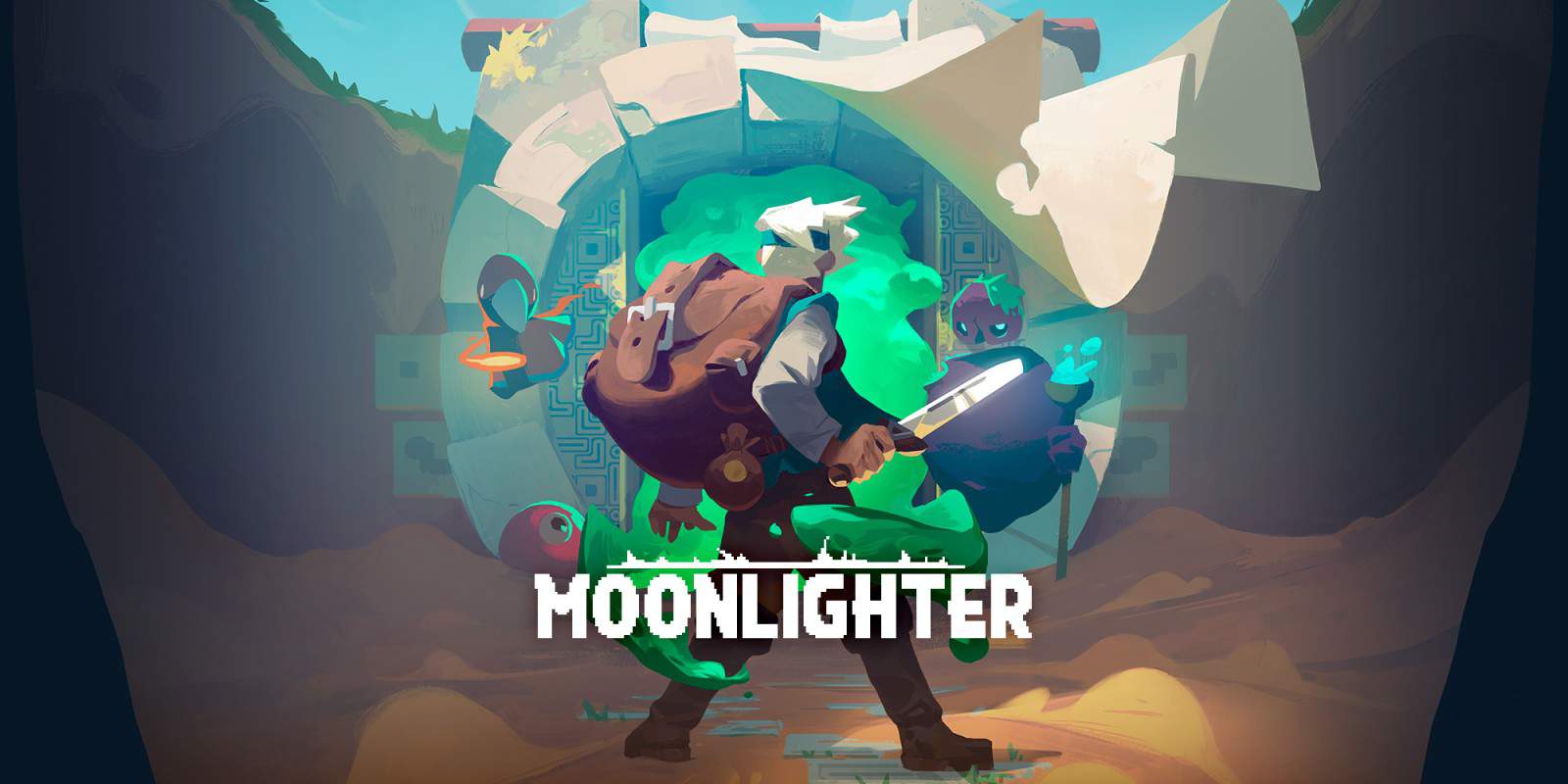 Moonlighter – really nothing to do with Bruce Willis

As far as I can tell, in terms of raw playing hours I’ve spent more in Assassin’s Creed Odyssey than any other game in 2018, and while I can’t say I empirically enjoyed this game more than others, I have to concede that it was – and remains – a very playable game.

I found Alexios immediately intolerable – in fact he seemed much better suited to being the idiot stooge bad guy brother – though I’ve not seen this inverted so I may be wrong. In general I found the male characters quite wooden and hammy in their performances.

The game’s systems are evolving too – the combat good fun and offers genuine variety through the skill trees and endlessly modifyable weapon and armour loadouts. The naval combat is tighter than that in the still venerated Assassin’s Creed IV Black Flag (which I still haven’t played…)

It’s been said often that this game world has clearly opted for size over depth, for sheer geographical mileage rather than any meaningful substance, and it is hard to disagree that the world through very pretty to look at, exists only in 2 dimensions and little or nothing you do anywhere in it has any real lasting impact – it’s like you’re in a very pretty dream.

For my sins I’m probably like 130 hours into this game and although I liked Kassandra immediately I can’t honestly say she’s changed since the first moments. Sure there are dialogue options referencing her being a god but really those can be passed off as wild egotism as much as character arc.

I must admit I play this game as much out of VR as in, but if introducing someone new to PSVR it has rapidly become my go-to game.

Tetris Effect is like a very special medicine – it is like a pick-me-up if you’re down, a massive stress-ball when you’re stressed and also like a reset if you just want to give you head a break.

Positivity is an underestimated commodity in modern gaming – or media generally – but Tetris Effect will micro-dose you little hits of joy with each completed line and smother you in happiness when you get a Tetris or finish a level.

The music and the way it responds to your every move just adds to your perfect sense of agency. 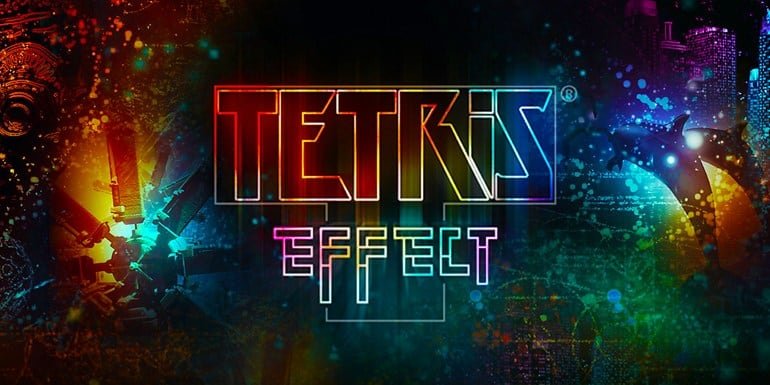 Who knew that falling shapes could be so tremendously uplifting?

Marvel’s Spider-Man seemed like a simple recipe for success – get a fantastic looking game with a great script, narrative and fantastic voice actors, add a compelling combat system with fun skill unlocks and collectibles – what could go wrong? Very little as it turns out.

Combat made my thumbs hurt – but I liked this about the game.

Like everyone else, I loved the traversal – the swinging through Manhattan Island made getting from point A to point B a total joy – though the subway vignettes for fast-travel were nice also.

Part of what I loved most about Marvel’s Spider-Man was that it didn’t really hang around too long – you play through the story, do a bit of post-game tidy-up and you’re done.

I’ve not felt the urge to explore the DLC here, which can be taken as an additional tick in the “done” box. 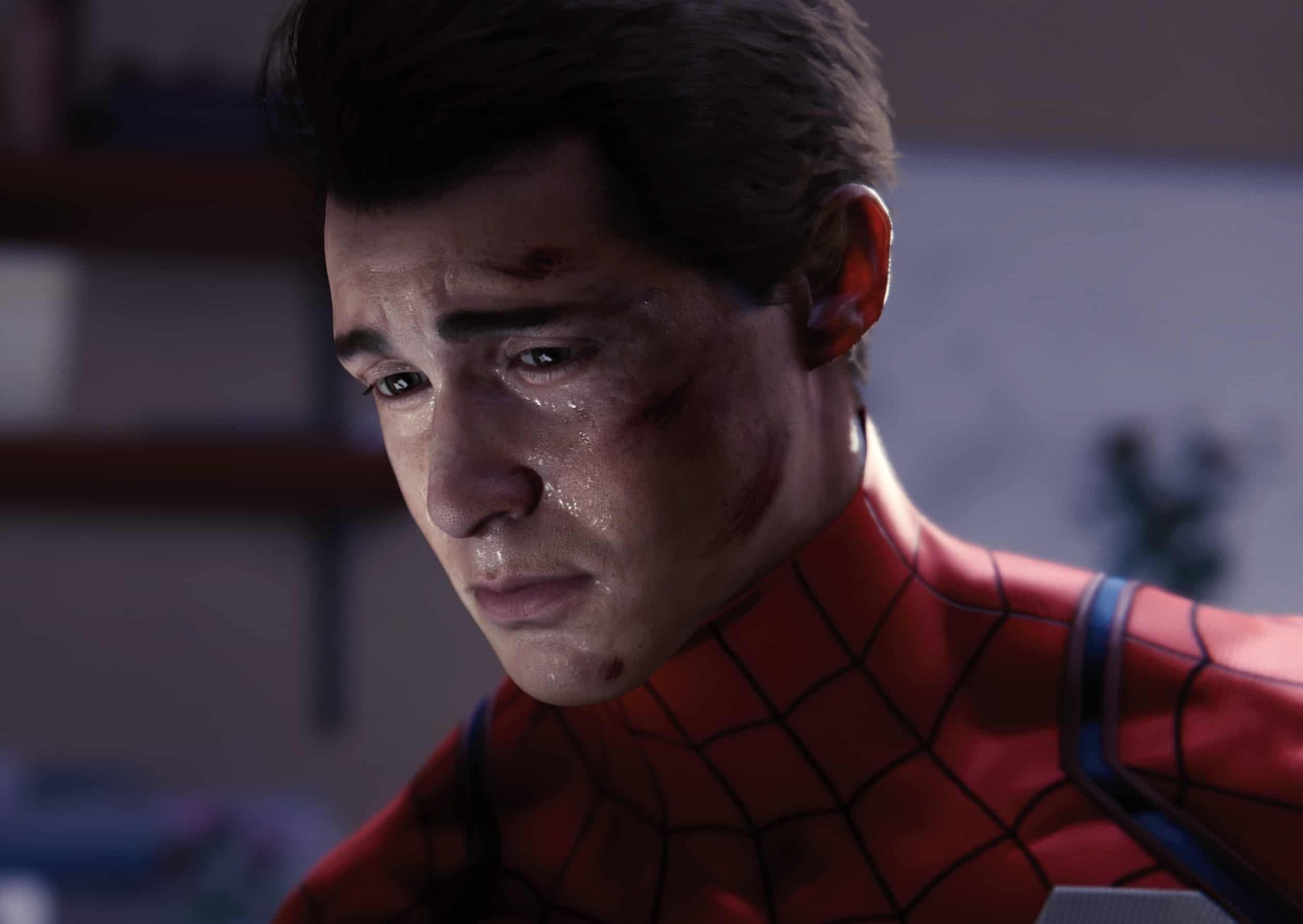 Its not all fun and games being a super hero

First off I have to say that I totally loved this game.

I don’t mind admitting that just a bit I fell in love with Arthur Morgan and shed a little manly-man-tear when he finally met the end of the non-epilogue chapters. I know people found it maddeningly slow and needlessly fastidious but as a lover of a game experience that tries to be cohesive with the world it presents.

I liked that the game was slow, or at least that it periodically “invited you to slow down”.

I totally loved how when you were out and about the “ambient animal noises” all had an actual detectable source – a real animal/bird would actually be nearby if you heard it . 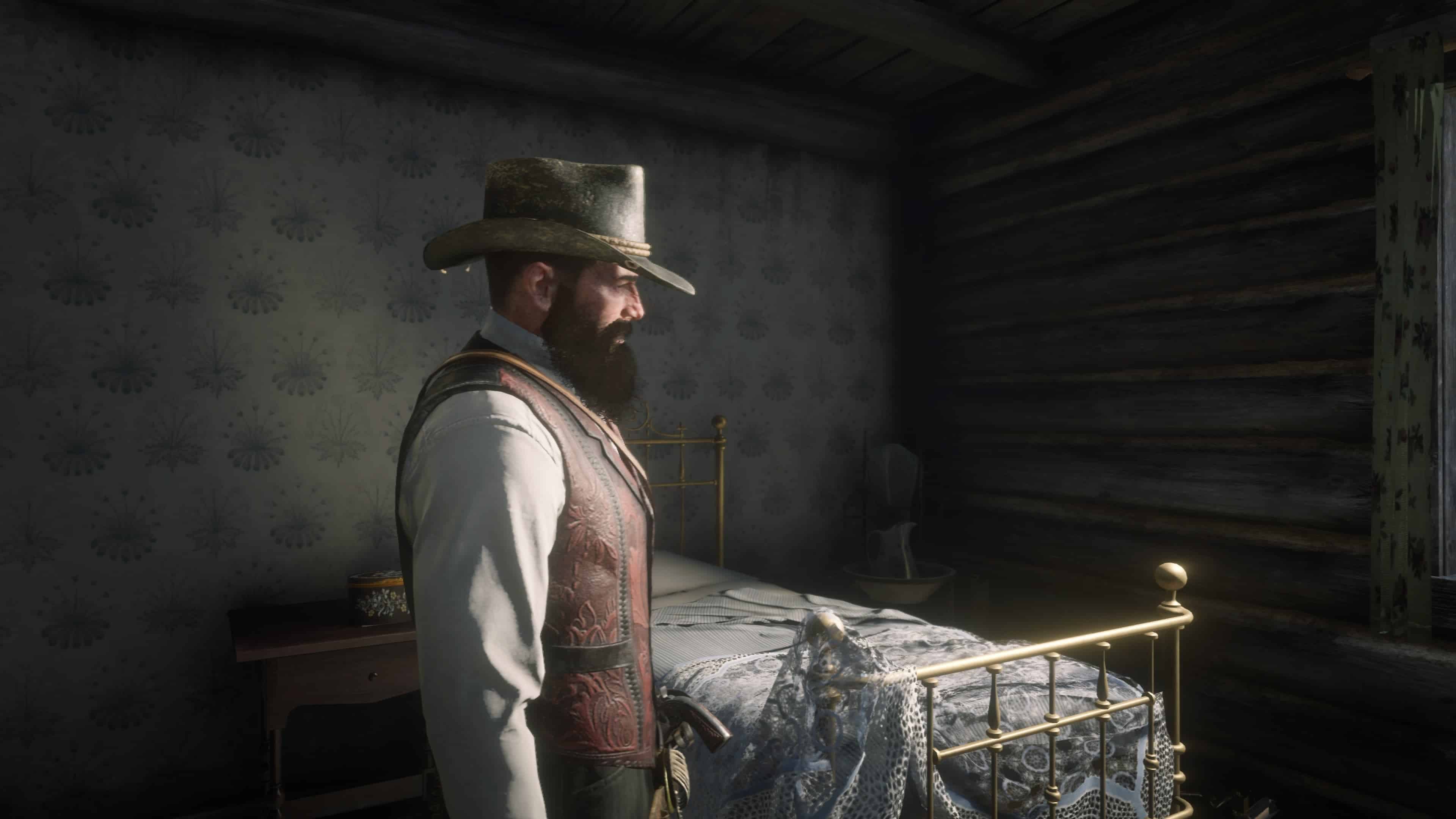 Arthur Morgan goes all Vermeer or some sh!t…

God of War isn’t a novel or edgy pick for best game of 2018 I grant you. I cogitated & ruminated long and hard about whether to put God of War or Red Dead Redemption 2 at the top of this list as both were amazing to look at and had story arcs clear and strong enough to compete with the best epic highbrow TV box sets, but in the end I opted for God of War because felt it was designed to be a more Gamey Game – there are puzzles and jumping and the combat is just so brilliantly done.

God of War is bright and delicate and strong and deep and oh lordy is it deep – both the amazing voice of Kratos and “shake the windows and doors and shelves and neighbours’ apartment” voice of the World Serpent are just the most incredible sounds I’ve heard in any media.

I haven’t platinumed this game because I’ve not beaten that damn last Harpie Queen and I haven’t really been tempted by New Game Plus, but I’ve done everything else. 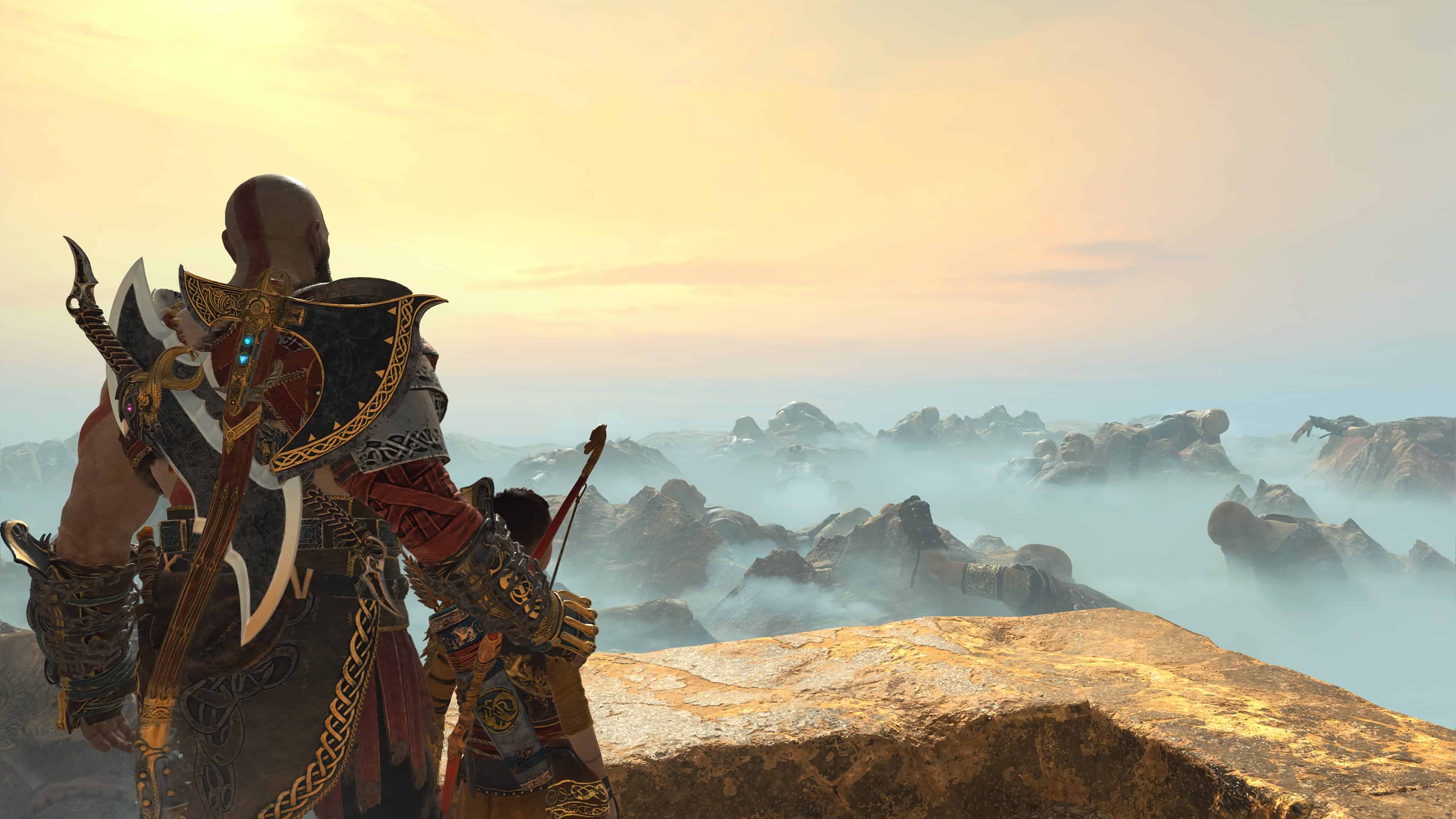 There are a couple of clear themes emerging from the list of video games above:

It was a pretty strong year – some have said it rivalled 2017, others that it stands up against 2009.

What do you think?